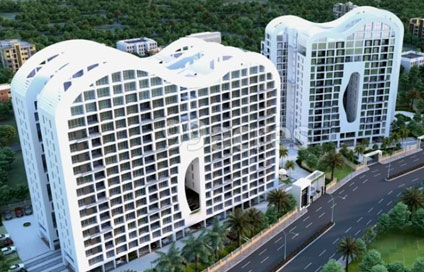 Is it good to invest in Real Estate Properties in Kolkata?

Real estate investment in last year's September quarter saw an 11% increase in Kolkata. Furthermore, Kolkata properties have the largest market in Eastern India and have outperformed major property markets such as Gurgaon, Noida, and Mumbai in terms of growth over the last decade. Furthermore, the survey finds that Kolkata has the largest unsold inventories, owing to COVID-19, even though the market size ranks third after Bengaluru and Pune. Property markets in rapidly growing urban cities such as Mumbai, Bengaluru, and Hyderabad produce faster growth than property sales in Kolkata. The real estate market in Kolkata has remained stable, particularly in the area of residential flats. The impact-resistant feature of Real Estate Kolkata has been a critical contributor to why major players in the real estate sector are investing in properties in Kolkata, particularly in the current market slowdown trend. The recent surge in real estate investment can be attributed to a high tolerance for market shocks. This has boosted the attractiveness index of the city's real estate market graph, resulting in a healthy market for flats for sale in Kolkata. Furthermore, several new residential projects for flats in Kolkata north and upcoming residential projects for flats in Kolkata south have been launched. Furthermore, Kolkata has surpassed major up-market cities in the affordable real estate market, with projects launched for low-budget flats in Kolkata and cheap flats in Kolkata; as realty costs fall, investment in real estate Kolkata rises.

Why should you buy property in Kolkata?

Although Kolkata came late to the popular IT city culture, Real Estate Kolkata is now a preferred choice for IT corporations such as Cognizant, Infosys, TCS, and Wipro, among others. The city is also becoming a preferred location for start-ups, which is contributing to the city's economic growth. This shift is followed by major infrastructure developments in the city, such as the East-West Metro, and proposed government projects, such as the SEZ in New Town, raising the city's market value. Baruipur, Behala, Barasat, Joka, Garia, Sonarpur, Rajarhat, New Town, Madhyamgram, and Howrah have become prime hotspots for real estate property expansions in Kolkata. With an easy commute to the city centre and nearby good schools, banks, hospitals, and business hubs, real estate developers are focusing on these locations for infrastructurally smart luxurious flats in Kolkata. Furthermore, with metro connectivity and EM bypass, IT professionals prefer these business areas. Furthermore, with the international airport and the IT hub easily accessible, new flats in Kolkata have developed a high value for money. Kolkata Apartments In Kolkata's heritage city, flats in New Town, flats in Salt Lake, and flats in Kolkata near the airport offer a perfect blend of modern and old architecture. The USP of these residential areas is their location, with fast transportation and residential projects by some of the best builders.

Why are properties in Kolkata more affordable than in other cities?

Following two years of poor financial performance, investment in real estate in Kolkata fell in the absorption rate, resulting in a remarkable increase in absorption prices in the current market. Major real estate developers' launches also contributed to the increase in quarterly supply. Furthermore, the pandemic has resulted in an enormous demand for mid-segment and affordable housing. This trend is bound to increase real estate investment sales. Due to volatile equity markets, real estate developers are investing in low-inflationary states such as Kolkata. This makes Kolkata a wise investment choice during the pandemic. Furthermore, housing interest has reached an all-time low, which is bound to encourage investment in real estate with the highest ROI. Lower interest rates will also increase demand for Kolkata luxury flats, premium flats, and duplex flats.

Does the availability of ready-to-move-in flats in Kolkata increase sales?

Real estate developers in Kolkata are doing well, especially with residential properties offering a variety of premium projects with affordable housing. Buyers in Kolkata can select from a wide range of ready-to-move-in flats. Real estate developers in Kolkata with unsold inventory are struggling with a loss on sale margins; such projects, in particular, result in low prices and lower GST, making now the best time to invest in real estate in Kolkata. The demand for ready-to-move-in flats in Kolkata's new town is particularly high. The Reserve Bank of India is offering record-low home loan interest rates. The RBI has also reduced the repo rate, which has contributed to low-interest rates. Furthermore, the government has announced several fiscal packages, as well as other benchmark rates, to boost real estate sales.

What are the pandemic uncertainties and real estate investment options in Kolkata?

With uncertainty over how long the pandemic will last and what lies ahead, offers for properties in Kolkata have reached a new high, a trend that was previously only valid during the festive season. If not in the form of clear-cut lucrative discounts, buyers can take advantage of easy payment plans, complimentary car parking, and other perks. It is thus the best time to buy flats in Kolkata, as the industry is looking at some of the lowest prices, as well as a variety of options in terms of location and budget bandwidths. Furthermore, there is the possibility of purchasing ready-to-move-in flats in Kolkata at prices previously seen only with under-construction projects. Overall, this is one of the best times to invest in real estate. With more people being forced to work from home, the demand for home office spaces has reached a new high. Buyers are eager to purchase their own homes, a trend that is especially prevalent among millennials who live in shared apartments. Furthermore, many renters were forced to vacate their apartments due to landlord pressure. As a result of the growing uncertainties in the financial sector, stock market volatility, and other factors, demand for property sales increased during the COVID-19 period. The concept of working from home has gained traction in the COVID-19 phase, and people are seeing the advantages of owning a home rather than renting one. The new normal of having a home office has increased demand for owning property among middle- and upper-middle-income groups. Furthermore, people are staying at home for longer periods than usual, appreciating and realising the value of buying flats in Kolkata, while also contributing to the business in general and for real estate developers in Kolkata.

Is to good to buy property in Kolkata?
Purchasing a home in Kolkata is a wise investment. Real estate is one of the most profitable investments in India, with annual price increases averaging 2-5 per cent. Kolkata has many upcoming residential projects, making it a primary real estate market.
Is it worthwhile to invest in real estate in Kolkata?
In terms of investment, Kolkata has always been a safe bet when compared to other metro cities such as Mumbai or New Delhi. In comparison to other metros, Kolkata provides a diverse range of housing options for people of all income levels. In Kolkata, the returns on investment are much more promising.
What is the outlook for Kolkata real estate?
Residential property registrations in Greater Kolkata totalled 44,940 units in 2021, a 64 per cent increase over the previous year, with 56 per cent of these units registered since the introduction of the stamp duty cut in July 2021.
Is now a nice time to purchase a home in Kolkata?
Real estate experts believe that now is an excellent time to purchase a home. This is due to a variety of factors. Interest rates are at an all-time low, and the housing market is clinging to low prices. Property demand in Kolkata is at an all-time high.
Is it a good idea to purchase a home in Kolkata?
Capital Appreciation: Over time, investments compound and create value for the investor. By purchasing a flat in Kolkata, you are investing in an asset class that will only grow in value over time as the city's population grows and it opens its doors to commerce and larger business interests.
X